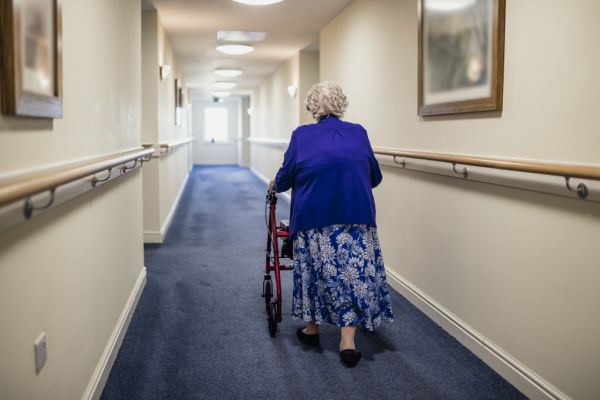 At a time when people living in aged care are being ravaged by a brutal combination of COVID-19 and neglect, an architect who’s designed thousands of units for the elderly in the past has come up with what he believes is the perfect housing plan.

Too often, he says, senior Australians are shunted into aged care homes where, all living together, they become easy prey for disease, maltreatment or lack of care.

Alternatively, they’re moved to lonely Truman Show-style retirement villages which are built on the isolated fringes of towns where land is cheaper for developers.

“But the future should be about integrated retirement living, a hybrid model between people living at home but also being part of the existing community,” said Sydney architect Brent Marvin, director of MD+A Architects.

“We don’t want them isolated or alone, without company and connections. We want to allow them to live in a retirement village with low-care available on site if needed, but still be an integral part of already established communities with links to outside people, clubs and shops.”

After years of designing units for the elderly for developers, Mr Marvin felt he could see clearly what was working and what, most definitely, was not.

With the pandemic currently shining a light on so many problems with aged care – now also being highlighted by the Royal Commission into Aged Care Quality and Safety – he felt there’s a new urgency to designing a good alternative that could serve as a pilot scheme to revolutionise the future of aged living.

He believes in having small groups of villas for independent living for the elderly close together so they can share services like carers and nurses, be close to the train station, medical professionals and restaurants, but then be integrated via new technology with clubs, businesses and people, of all ages and interests, in the area.

He now has a development application before the local council in the NSW Southern Highlands for Woodside, close to the centre of the village of Bundanoon, with the first stage of the development consisting of 32 two and three-bedroom villas, with more to come at the other stages.

“I don’t believe the general retirement living options being built are good solutions for our ageing population,” said Mr Marvin.

“They are too homogenous and institutional and we are better blending the concept of home care/stay at home with the more commercial models to get the best result for the person and the community.

“We’re now very excited at the prospect of creating this retirement village model and it’s something we don’t believe has ever been done before, and hopefully it will be a model that can be replicated all around the country.”

The homes in the complex will all be connected via specially designed new technology that links residents to local businesses and clubs, and gives them free membership.

It also enables residents to set up their own groups, organise outings and receive special offers from the local butcher or 10-per-cent-off-drinks evenings for seniors at the pub.

“I think it’s wonderful that older people can remain as part of the community with technology to facilitate connections which are so important.

“But we also have to make sure there’s enough care offered inside the homes for those unable to cope with the technology or get out much.”

Already, there’s enthusiasm too at the Wingecarribee Shire Council.

Mark Pepping, the council’s deputy general manager of corporate, strategy and development services, says the area has an ageing population, with many Sydneysiders also moving there to retire, so is the ideal place to try out new ways of retirement living.

“Older people want to downsize, but they still want to be a part of the wider community,” he said.

“People need to stay in touch, and we’ve seen that particularly through the last months of the pandemic. So we have to adapt with new ways of getting services delivered and helping people keep in touch with their friends and family and the outside communities.

“They need to be able to live in a way that will allow them to be resilient now, and to whatever may come up in the future.

“They want to be able to get help if they need it but still be self-sufficient in their own environment where they can quarantine themselves if needs be, rather than being in an institution or nursing home where they can’t.”

The technology for the retirement village has been developed by Resvu, which produces management software for residential communities.

Managing director Tom Welsby says the emphasis has been on ease of use, with the company testing it out on staff’s own grandparents.

“I think since COVID there’s been a big increase in the willingness to connect online, with more engagement by the older generation, as people have been feeling loneliness a lot more,” he said.

“The system we’ve designed has easy-to-read text, big buttons, is easy to navigate and has an easier interface across all devices.

“It will help the users network with friends, the nearby community and engage with local businesses through deals and rewards, and have membership of local clubs.

“People will also be able to give feedback about their community to developers, make requests and comment on improving the lifestyle of the village, book facilities, host events … everything!”

This article was originally published by Sue Williams on domain.com.au. Credit is given to Sydney Morning Herald & Melbourne Age.

Close Menu
We use cookies on our website to give you the most relevant experience by remembering your preferences and repeat visits. By clicking “Accept All”, you consent to the use of ALL the cookies. However, you may visit "Cookie Settings" to provide a controlled consent.
Cookie SettingsAccept All
Manage consent

This website uses cookies to improve your experience while you navigate through the website. Out of these, the cookies that are categorized as necessary are stored on your browser as they are essential for the working of basic functionalities of the website. We also use third-party cookies that help us analyze and understand how you use this website. These cookies will be stored in your browser only with your consent. You also have the option to opt-out of these cookies. But opting out of some of these cookies may affect your browsing experience.
Necessary Always Enabled
Necessary cookies are absolutely essential for the website to function properly. These cookies ensure basic functionalities and security features of the website, anonymously.
Functional
Functional cookies help to perform certain functionalities like sharing the content of the website on social media platforms, collect feedbacks, and other third-party features.
Performance
Performance cookies are used to understand and analyze the key performance indexes of the website which helps in delivering a better user experience for the visitors.
Analytics
Analytical cookies are used to understand how visitors interact with the website. These cookies help provide information on metrics the number of visitors, bounce rate, traffic source, etc.
Advertisement
Advertisement cookies are used to provide visitors with relevant ads and marketing campaigns. These cookies track visitors across websites and collect information to provide customized ads.
Others
Other uncategorized cookies are those that are being analyzed and have not been classified into a category as yet.
SAVE & ACCEPT